Monestary and place of pilgrimage

"They thronged to the Kreuzberg up and up. Some to pray, and others to sup." This verse written in the visitors' book in 1901 by Michael Faulhaber, later to become Cardinal Faulhaber, archbishop of Munich, describes Kreuzberg, the most popular destination in Bavaria's Rhön region. The "sacred mountain of the Franks" has always been a spiritual place, even more so after the erection of the three crosses at the summit and the arrival of Franciscan monks. The highlight of every pilgrimage there is the oldest chapel way of the cross in Germany. The "Bruder Franz Haus" is also worth a visit with its permanent exhibition about St Francis of Assisi. Just as it was in the Cardinal's time, a jug of Kreuzberg beer also makes the Kreuzberg a sought-after destination. The beer has been produced at the abbey's own brewery since 1731, but only in barrels, and so its available hardly anywhere else but here. 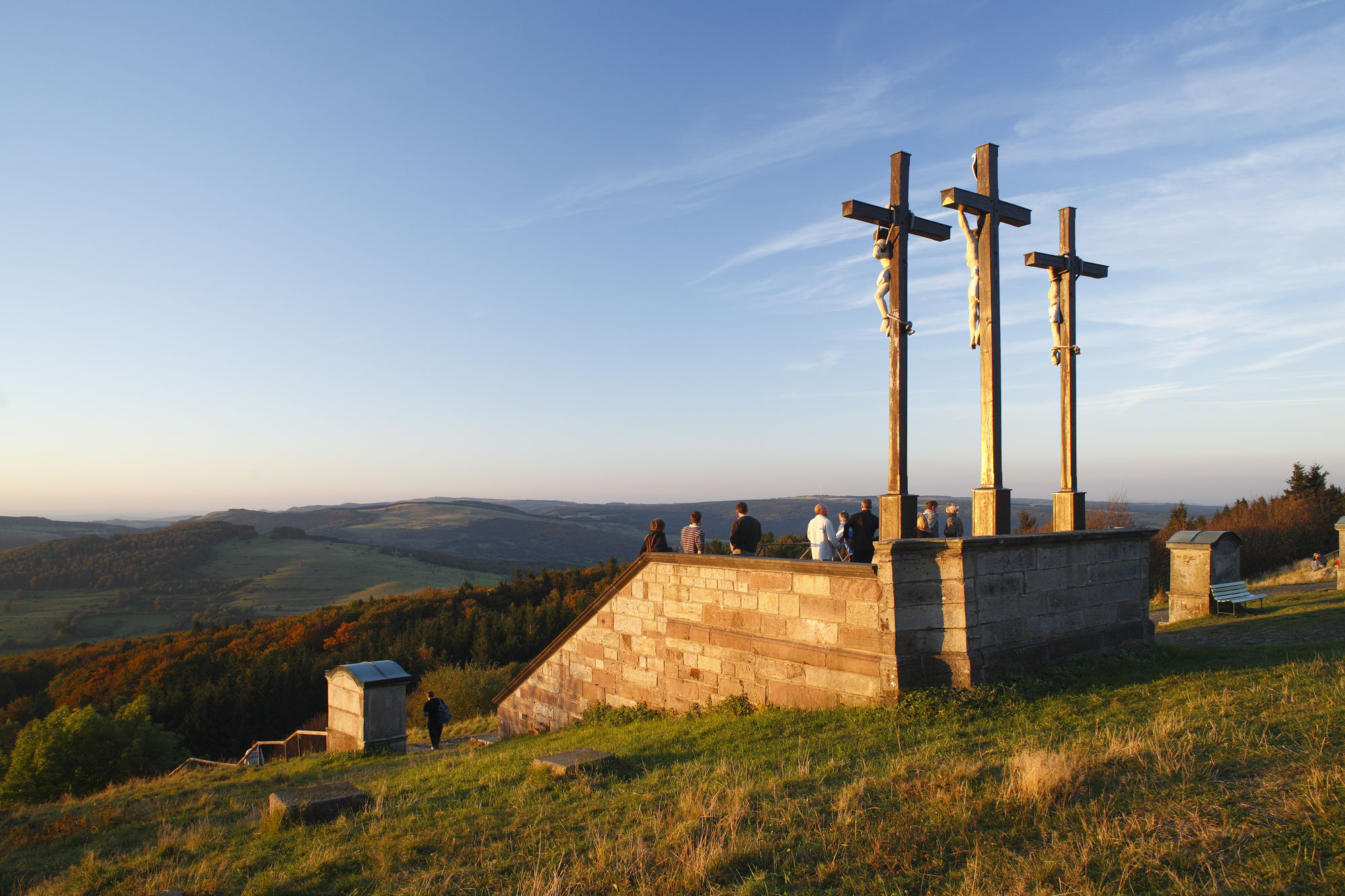